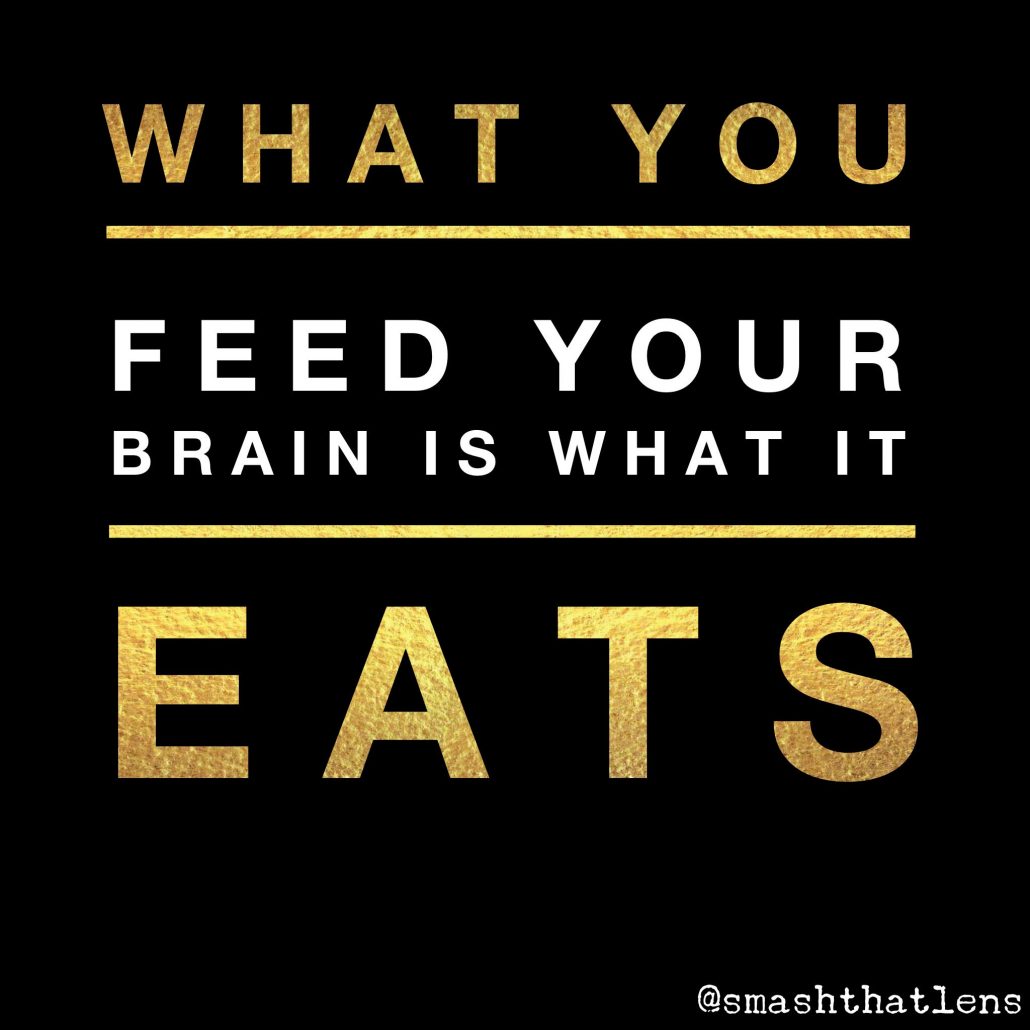 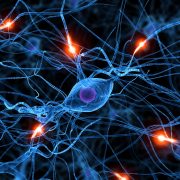 Is it really just one system?

Do you know what your nervous system actually does?

Function: Processes information to the brain

It starts with receptors, which are sensory structures that detect changes in internal and external environment.

There are three types of receptors which are as follows:

Why is all of this important?

Simply put it’s due to the Effectors. Effectors are target organs whose activities change in response to neural commands.

You know them most likely as reflexes.

What are reflex’s? Reflexes – automatic, subconscious responses to any external or internal stimuli. Your CNS sends a signal to a motor neuron in your PNS causing you to raise your hand.

Function: links the CNS to muscles and organs.

Structure: Includes all neural tissue outside the CNS

The Sympathetic Nervous System
Function: takes care of actions or stress fight, flight, freeze, and frolly
The Parasympathetic Nervous System
Function: Calms the body down and conserves energy
All work together to create and maintain homeostasis. AKA to consistently keep your body functioning,feeling safe and in a healing state. These systems too, if imbalanced is quite frequently a huge component of many chronic symptoms and illnesses.

Get to the root! 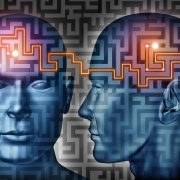 The human race may not exist if it weren’t for the hard-wired acute stress response to threat. Also known as fight or flight response.

The brain sends warning signals through the central nervous system

the response can be triggered due to both real and imaginary threats.

First your Brain has to decide if it’s a threat

A “threat” is an attack, harmful event, or threat to survival.

When the brain processes the signal the decides that it IS indeed a threat then something called ACTH (hormone) Adrenocorticotropic hormone is secreted and released by the pituitary gland. Who is stimulated by the adrenal cortex where cortisol is released along with adrenaline!

Your entire body is about to morph

Changing the respiratory rate rises immediately inducing shallow, rapid breathing and a rapid heartbeat. Blood is rushed away from our digestive tract and directed into our tense muscles which require extra energy and fuel for running and fighting.

We become physically and psychologically—prepared for fight or flight.

The pupils dilate. Sight sharpens and awareness is peaked. Our impulses function even quicker. Our perception of pain diminishes.

We are prepared to take on anything at this point.

But let’s say this threatening event lasts for a little too long. The body is now is entering a different state.

Digestion is slowed down followed by dry mouth and a flushed face.

The stress response can easily turn into chronic stress when life becomes filled with nothing but short term emergencies.

Chronic stress is basically your brain saying that it doesn’t feel “safe” and cannot return to a “healing state”. Which is actually “fight or flight”

But, What exactly is fight or flight?

• Confront the threat and deal with it

• Get as far away from the threat as quickly as possible

It’s exhausting and uncomfortable to spend so much time in a state of high alert.

Stress directly disrupts the body’s main job which is

Now the scientific definition of homeostasis for all of my fellow nerds out there.

It states “it is the tendency toward a relatively stable equilibrium between independent elements, especially as maintained by physiological process.”

Which literally all that means is just that your body is constantly trying to keep you in balance. Because when you are out of balance it automatically creates an imbalance or dysfunctions somewhere else.

So wait what is stress?

Stress is ANYTHING that someone interprets as a “threat”. Everyone’s threats are different. Simply because everyone’s perception is different.

If not properly metabolized over time, excessive stress can lead to disorders of our autonomic nervous system from the cumulative buildup of stress hormones.

Not only do they cause that but they show up in other places like physical consequences like high blood pressure, migraines, TMJ(temporomandibular joint) syndrome, fibromyalgia and digestive issues like IBS to name a few.

In no way shape or form am I saying that this automatic response ” fight or flight” is a “bad thing” or something we need to “turn off” or ” get rid of” as I stated in the beginning this is part of what has kept us alive during danger. I am simply stating that this response when in overdrive, can keep you locked in these states of protection which will ultimately prolong the healing results we need! 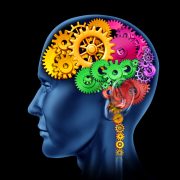 A basic understanding of the structure of the human brain is absolutely necessary if one truly wishes to understand both the basic dynamics of consciousness and the very societal stigmas and human corruption we found ourselves in today.

The brain is generally recognized as the seat of consciousness in the body.

However, “consciousness” — which is just EXPRESSION in physical form — has a threefold nature. They are as follows: thoughts, emotions, and actions.

The majority of our decision making is based off of impulse. Not animalistic instinct. Which is a direct contrast to other like mammalian species.

Humans make decisions based off feelings such as pleasure: i.e., in the food they choose to eat, in the way that they dress, or down to the very driven behaviors of sex.

There are 3 total layers to the “triune brain”( Reptillian, Limbic, Neocortex)

Let’s start with the first layer which is, the ‘brain stem’ aka the reptilian brain. This complex lies at the “base”, or “lowest” part of the brain

The name is given due to the fact that the behavioral traits for which it conveys are most often observed in and associated with reptiles.

As the oldest and least advanced part of the brain, the Reptilian brain is responsible for the animalistic, instinctual, base behavior which many human beings exhibit and experience.

Here are some of the traits someone might experience with or during moments pure instinct:

direct stimulus-response
fight-or-flight response
competition
aggression
domination
repetition
ritual
the desire to hoard resources
Think of these traits as the “base” functions of consciousness. They are less-than-human, essentially animalistic thoughts and behaviors, which in turn, put together the “lowest” states of awareness and being.

Try to view the triune brain in “layers” as we dive into each. The Reptilian brain, simply put, is just the deepest “layer”. Exactly why it’s one of the parts of the foundation that creates our lenses in the first place.

Now, on to the second layer which is the limbic system. It is made up of three separate parts itself. So get ready!

First the hippocampus, it plays an important role in the consolidation of information from short-term memory to long-term memory, and in spatial memory that enables navigation.

Second the hypothalamus has one of the most important functions alone!

It links the nervous system to the Endocrine System (hormones) via the pituitary gland (hypophysis). It controls body temperature, thirst, hunger, and other homeostatic systems, and is involved in sleep and emotional activity.

Lastly, the amygdala performs a primary role in the processing of memory, decision-making and emotional response. Specifically in human brains the amygdala’s ultimate primary duty is in the formation and storage of memories associated with emotional events. So the information regarding the event is slowly assimilated into long-term (potentially lifelong) storage over time.

Studies show that damage to the amygdala can interfere with memory that is strengthened by emotion. One study examined a patient with bilateral degeneration of the amygdala. He was told a violent story accompanied by matching pictures and was observed based on how much he could recall from the story. The patient had less recollection of the story than patients with a functional amygdala, succeeding in showing that the amygdala has a strong connection with emotional learning.

All three combined and operating the limbic system together make up the second layer.

Lastly, the most significant layer of the “Triune Brain”, the third, is known as the Neocortex. This is where all of the electrical and chemical interactions that make our higher-order thinking and expression possible. It serves as “command-and-control” center. Better yet, The “CEO” of the brain complex.

Responsibilities are to regulate the activities taking place in both the R-Complex and Limbic System. It is also divided into two halves which form the left and right brain hemispheres.

The left brain hemisphere is responsible for our capability to engage in analytical thought, verbal and written communication, logic, reason, mathematics, and science.

If, by whatever means, a person’s Neocortex may become significantly or severely imbalanced toward one brain hemisphere or the other, the Neocortex, as a whole complex, will cease to function.

Upon having reached this state of brain dysfunction, the Neocortex will stop regulating the processes that take place in both the R-Complex and the Limbic System. Therefore the executive control functions of the brain will then be turned over to either the R-Complex or the Limbic System, depending on the nature of the original imbalance.

These dysfunctions are critically contributing to our behavior and actions/thoughts that become ingrained into our lives. This is exactly why we need to focus on mental health and that it is such an important role and shows up absolutely everywhere. We need to smash the lens that it ISN’T a huge factor in everyone’s life, everywhere like cobwebs that keep coming back.

Stop ignoring the signs, the constant red flags, stop allowing yourself to be so unaware. Stop treating symptoms on superficial value.

Stop being afraid and start to dive deeper. Find the root of the problem. Fix that instead. That’s where you’ll get the most done. 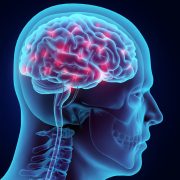 Do you know how important your brain is?

What happens to its’ structures and functions when compromised through injury?

Imbalances are created to keep it operational. To adapt. How does the brain do this? What is actually happening in the brain. The brain is beyond complex. So, let me start you out on a crash course in the foundations of the brain.

Take it all the way back to birth. To the very beginning stages of your growth and development.

During pregnancy there is a distinct point in time where the mothers’ body simply can no longer keep up with the needs, energy, or demands that come with the development of the babies brain. In fact, 90% of the brain is developed outside of the womb before age 5.

Even though our brains grow and change throughout our lifetime, there are pivotal points, or “timelines”, that advertently construct the brains blueprints: each road, avenue, pathway, and major highway. We can pinpoint and track every vital structure and function of those blueprints.

– Limbic system: which controls emotions develops at 8 months to 2 years of age.

– Occipital Lobe: which control visual functions develops from birth to 2 years of age.

– Cerebellum (balance and coordination) developed from birth to 1 year

– Parietal lobes (language and touch) develops from birth to 6 years

All of these, in conjunction make up the magnificent architecture of the brain. However, each one of our brains are built in completely unique ways. Altered by our own individual experiences. Experiences that often times crack or muddle the very foundation on which is was learned or processed. Here in lies the root of the problem.

Each one of these structures have specific demands and functions, that if compromised within it’s own timeline, as a result, can create lifelong imbalances that can lead to mental disorders such as depression, ADHD/ADD, obsessive compulsive disorder, addiction, and more, including physical ailments we see amongst our population today.